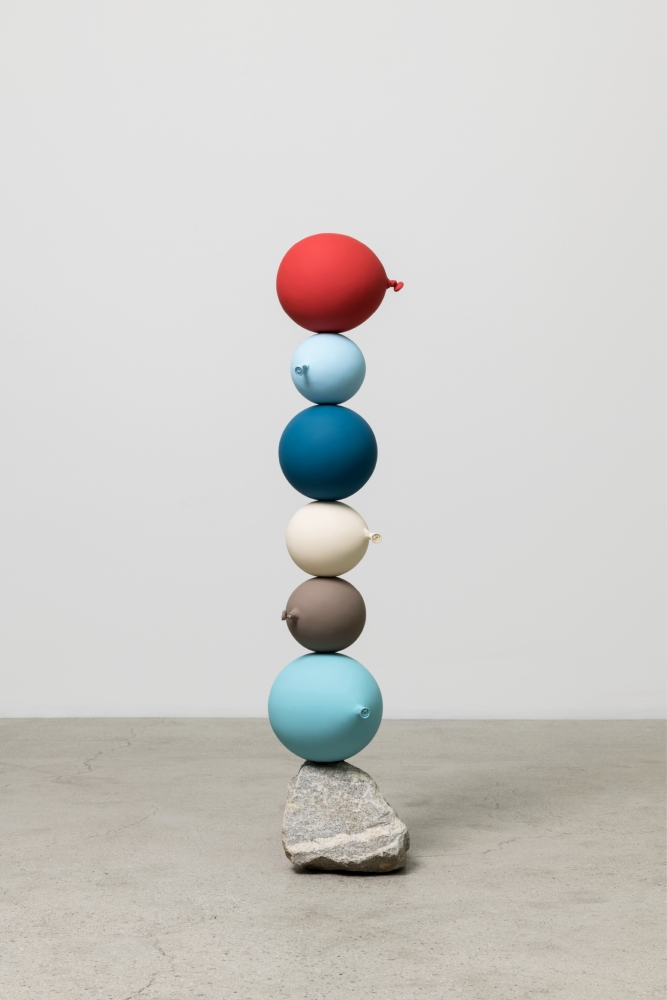 Kukje Gallery is pleased to announce Short People, a solo exhibition of the Korean contemporary artist Gimhongsok at the gallery’s Busan space, on view from June 26 to August 16, 2020. The first exhibition of the year at Kukje Gallery’s satellite space in Busan, this is the artist’s third exhibition with the gallery following Blue Hours (2014) and In through the outdoor (2008). The show centers around three-dimensional works inspired by everyday objects, along with a new group of spray paintings on canvas.

The exhibition title Short People derives from a subtitle Gimhongsok has used in a series from his sculptural trilogy: Untitled (Short People) (2018-), Breaths (2013-), and MATERIAL (2012). These bodies of work, installed equidistant from one other, all display visual interpretations of balloons—a universally recognized and compellingly evocative mundane form. These balloons, blown up and arranged into delicate towers rising from the ground, play with the tension created between their natural buoyancy and ability to float in the air, followed by the awkwardness in the unfeasibility of stacking them due to their curved, organic surfaces. The artist’s incisive evocation of this material tension provokes the viewer to break away from accepting the work based on its exterior, and instead recognizes this delicate balance based on prior experience and knowledge. This change in perspective allows the audience to appreciate the complexity of the sculpture itself, and its mediums and the processes used to construct the work, thereby understanding and engaging with the intent of the artist as elaborated below:

This work is extended from previous works called MATERIAL (2012) and 8 Breaths (2013). Initially constructed with real balloons, it begins with the act of blowing them up and ends with capturing the individual's breath by tying them and casting them in bronze. These balloon pieces titled MATERIAL were made with the participation of my family. I distributed balloons and proposed to my family that they blow up the balloons as much as possible with a single breath. During this act of blowing up, I asked them to think about one wish and put that into the balloon. These wishes were translated into English as "mother, achievement, travel, everyday wonders, rightness, interest, attraction, and love." I then made the title of the work from the first letter of each word, i.e., MATERIAL. These balloons became a portrait of my family members, and at the same time a memory of their breath. In this way I suggest that a person's breath has two different meanings: a life and a wish.

The series 15 Breaths consists of 15 balloons stacked vertically. In this case I asked 15 factory workers to blow up 15 balloons. The workers who contributed to this project were from the bronze factory where the piece was produced. The subtitle Short People from Untitled (Short People) refers to my acquaintances. These people are grouped with 4 to 6 people: friends from elementary school, high school and college, childhood friends, relatives, colleagues and students at the university where I teach. The work was made possible with the participation of about 100 people who contributed their breath.
– Gimhongsok

These balloons—all of varying sizes and containing the breath of the artist’s family, friends, and acquaintances—are sent to the factory to be cast in bronze or stainless steel. As a result of a production process that merges agreement and collaboration, performance and labor, the works are exhibited in the gallery as autonomous subjects that embody the artist’s intent, namely in a form of personal narrative. This trilogy of balloon sculptures reflects the capitalist production structure of art, along with the politics of material (i.e., balloon-bronze) that exist in the tension between everyday objects and objects that have been designated as “art,” and the boundless potential conjured by the ambiguity of interpretation.

Shown alongside the balloon sculptures, the six paintings from the Human Order series are all executed on traditional canvas. Prepared first by priming the canvas, they are subsequently sprayed with silver industrial paint, leaving exposed a border of primer on the edges. This reveal makes it difficult to determine whether the painting is a work in progress, or a deliberately unfinished finalized piece. This ambiguity suggests that the concept of “completion,” which hinges on predominant social norms, does not necessarily signify a bona fide finished product and that a seemingly “incomplete” work may indeed have been consummated as “complete.”

Human Order is a gesture of efforts which demonstrate that the concepts of "completeness" and "completion" established by humans are merely a temporary social consensus, and in fact lack philosophical and practical value. [1]

Gimhongsok’s practice explores the hierarchies and dichotomous compositions of conflict inherent in established systems and values, using art to shift and realign preconceived notions from an outsider’s perspective. The reciprocal power dynamics that remain deeply rooted in different kinds of social, political, and cultural communities can be explained within the context of Korea’s recent birth as an independent nation in modern and contemporary history. After Korea’s traditional hierarchies were demolished by occupying forces, the prolonged journey to autonomously interpret and accept the Western ideologies of a modern nation resulted in a series of struggles. This included confronting the nation’s colonial history and its subsequent attempt to restore national sovereignty, followed by the struggle of ordinary citizens to protect democracy while under a dictatorship, and the collective resistance of the working class and their call for equal treatment of labor. Gimhongsok focuses on the relatum of these different social groups from large nations to small groups of people, exploring how a person is at once a constituent of a larger community as well as an individual. This entanglement of relations and correlations produces an endless succession of negotiations and struggles, inequality and shifts in power that can ultimately be applied to the spheres of art. Utilizing both visible and invisible languages, Gimhongsok effectively engages the audience in an open dialogue on the collisions and fissures spawned by the non-Western appropriation of Occidental philosophies and perspectives, including the inevitable limitation of derivations and translations, the social morals of performance/labor, and the politics of objects/materials. Encompassing a range of mediums including sculpture, painting, video, text, and performance, Gimhongsok’s practice skillfully balances humor with incisive and thought-provoking explorations of contemporary social dynamics. 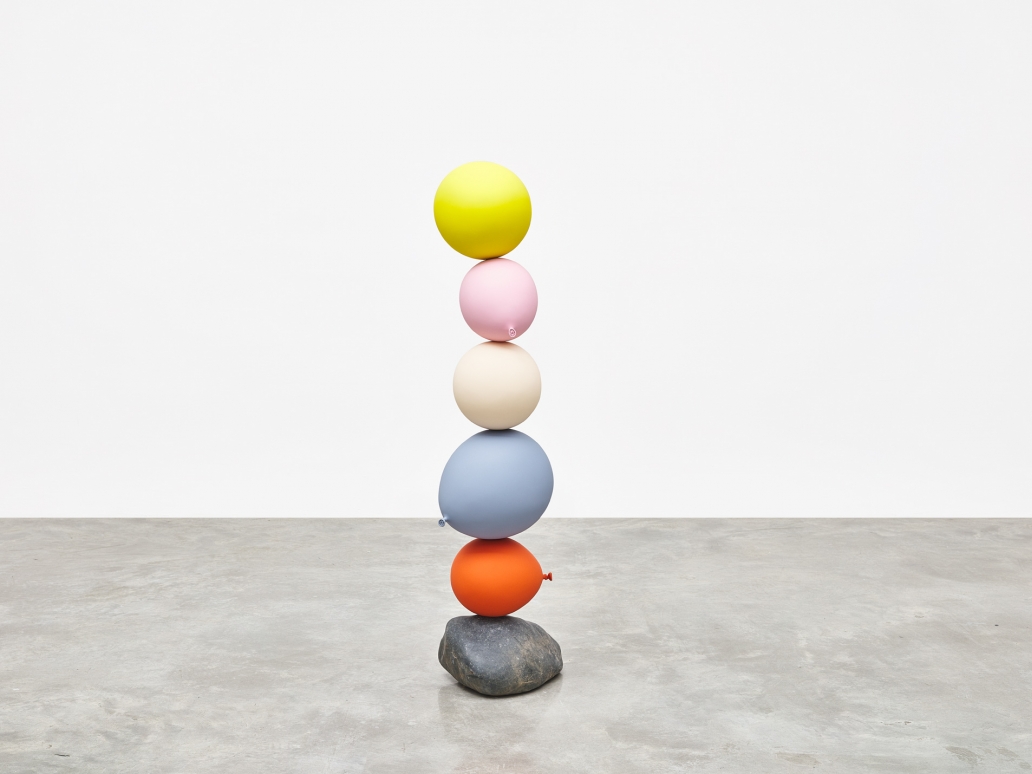