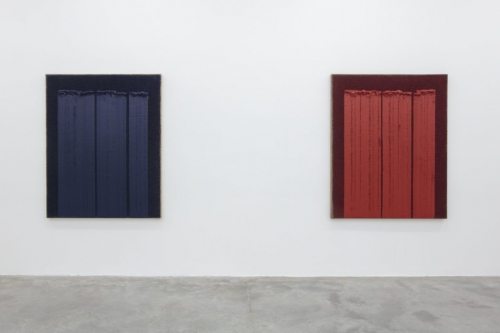 The Korean art movement, Danasaekhwa, might not be a familiar modernist art term to many, compared to others such as Abstract Expressionism or Impressionism, but it is one of the most significant and radical movements to originate on the Korean Peninsula that continues to develop to this day.

Danasaekhwa began during the 1970s—post-World War II and Korean War turmoil—by a group of artists who felt an urgency to rethink how to approach their mediums during a moment of uncertainty and conflict. Rather than passively using paint or pencil to create recognizable compositions, these artists would make their works by ripping pages, soaking canvases, and dragging pencils or brushes to form radically abstract compositions, all while pushing the limits of what their materials could physically withstand.

Ha Chong-Hyun, one such artist from Danasaekwha, is credited as one of the leaders of this artistic collective, and has been honing his craft and perfecting his signature style of painting over the last 40 years. His current exhibition of new works at Tina Kim Gallery in New York is a testament to his physically and psychologically complex compositions and crucial role in developing and advancing Korean contemporary art on an international scale...