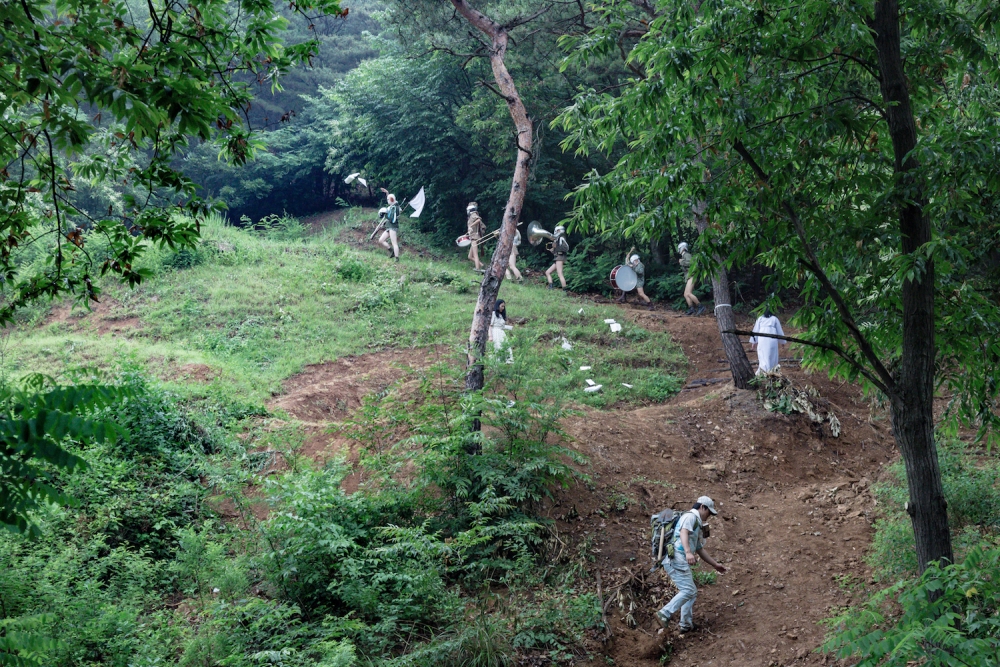 This was my first occasion to experience the work of the Korean artist Park Chan-Kyong (born 1965) who some consider a leading artist as well as a controversial figure. I had heard about Park largely through unofficial reports emanating from Seoul that the previous Korean President (and daughter of the former military dictator Park Chung-Hee) had blacklisted the artist’s work. But since her impeachment in 2017, a more enlightened leadership has been installed and the situation has become less tense, not only for Park, but for artists in general.

But this is never entirely true. What media transmits is not exactly concurrent with what artists wish to communicate. There are often underlying truths that are left out of the picture. On one level, the major issue from a mediated perspective tends to focus on the shift of events between the Republic of Korea in the south and the People's Republic of Korea in the north. Even so, Park is keenly aware that the story between north and south is being told in a way that conforms to the powerful engines that delimit references to past history and culture. This is a major focus that Park learned from the semi-radical Minjung movement that preceded him in the Korean art world and which he still attempts to reconcile in his own work today.

South Korea is a relatively small country where news travels fast through daily exchanges between ordinary people, which some would say is competitive in speed to the Internet. Park is deeply involved in the traditions and political history of his homeland. This is reflected in his research and in the manner he brings recent  history into a comprehensive living mythology represented in his photographs and highly creative video films. One of these films is Citizen’s Forest, which is also the title of his current exhibition. In fact, this is an actual place in Seoul set aside for recreational use, which from a Korean point of view is given primarily to hiking.

The presence of wilderness nature connected within an urban environment is an important asset in everyday life, a tradition that goes back to the beginning of the practice of shamanism five thousand years ago. Throughout Korean history, long before the first dynasties were established in the first century AD, the practice of Shamanism has been indigenous to the Korean way of life. Park attributes much of what he knows regarding this practice to his way of thinking as an artist. This is the non-ideological substratum we see in his remarkable three-channel video installation, Citizen’s Forest (2016)...