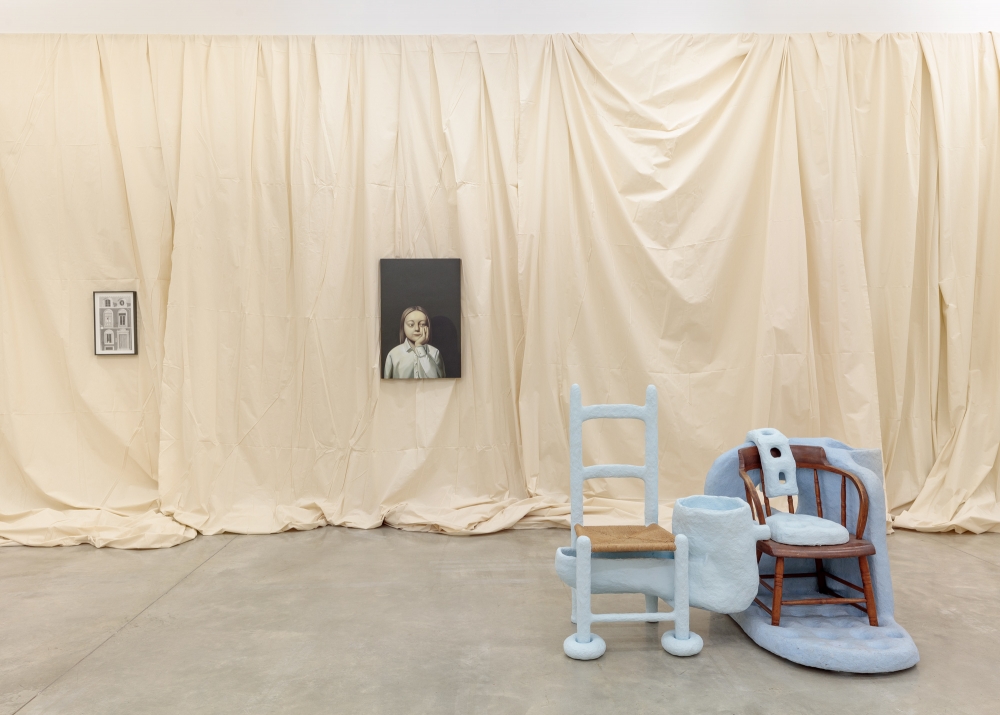 Don’t believe that a predilection for the art of classical Greece and Rome suggests rigidity; the last time neo-Classical artists got serious, they inspired the French Revolution. The two dozen artists and designers in this show — dryly named, a text informs us, for the urbane Italian writer Mario Praz — are neo-Classicists of many stripes, turning to the past as moral example and aesthetic ideal, but also as domestic inspiration and fashion statement. It was organized by the architects of the young firm Charlap Hyman & Herrero, who have also draped the walls of the gallery in creamy muslin. It all looks like the set of a Horst P. Horst midcentury photo shoot, or maybe the country mansion of some Edith Wharton heroine, packed up for winter.