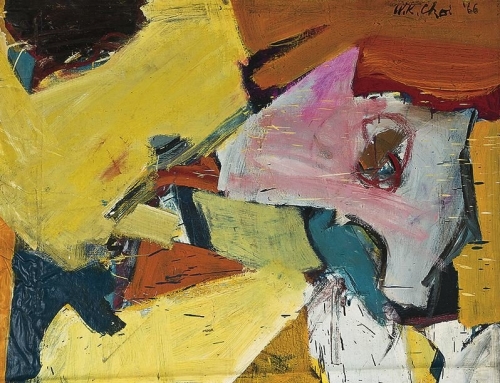 Frieze Masters, which looks to the past, both recent and not-so, includes a booth from the New York dealer Tina Kim, who is showing works by several Korean artists. On view will be several untitled canvases from the 1960s and 1970s by Wook-Kyung Choi (1940–1985).

“She was an important female artist who came from Korea to study in America in the 1960s,” Ms. Kim said. “She was the same generation as Eva Hesse, but her works are bold and painterly and colorful.”

Ms. Kim added, “She was in tune with what was happening, but it was hard for an Asian woman at the time.”

Frieze Masters has a reputation as a place for rediscoveries of artists who have fallen off the radar.

“You can showcase somebody who has not been seen by curators and collectors, and you can start a dialogue,” Ms. Kim said.

Although Ms. Kim also shows contemporary art at her gallery, she is not showing at Frieze London — she is leaving that to mom.

Her mother, Hyun-Sook Lee, runs Seoul’s Kukje Gallery, and the dealers are affiliated with each other and coordinate some programming. Kukje will present works by Candida Höfer, Haegue Yang and Julian Opie.

“We decided we would alternate,” Ms. Kim said of their participation in the two Frieze fairs. “There’s a lot of crossover in our programs. We don’t compete, we work together.”