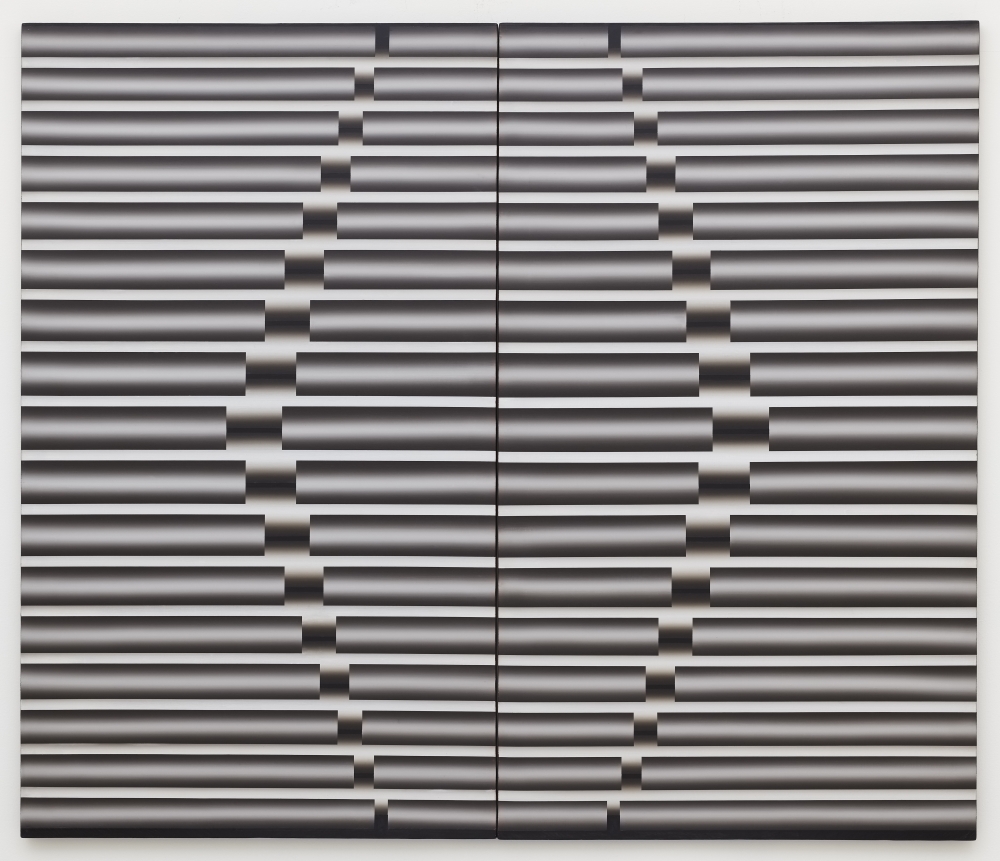 This is a statement that the Korean abstract artist, Lee Seung Jio (1941-1990), made in 1971, a few years after he gained attention in Korea for his cooly geometric abstract paintings of cylindrical forms:

Some call me “Pipe Painter.” I neither welcome nor dislike the distinction. The nickname might be a reference to the illusionistic objecthood created by the repetition without the premise of the motif based on a specific subject. Of course, the pipes are not conjured as a symbol of modern civilization.

The reason I am citing this is because Jio’s paintings, which are being shown in a posthumous New York debut exhibition, Lee Seung Jio: Nucleus at Tina Kim Gallery (February 20–April 4, 2020), are a revelation on numerous levels. First, they introduce us to the work of an artist who rejected both Abstract Expressionism and Monochromatic painting — the dominant styles in Korea during the early 1960s — and essentially invented his own hybrid style at a young age, which he continued to explore until his premature death at fifty.