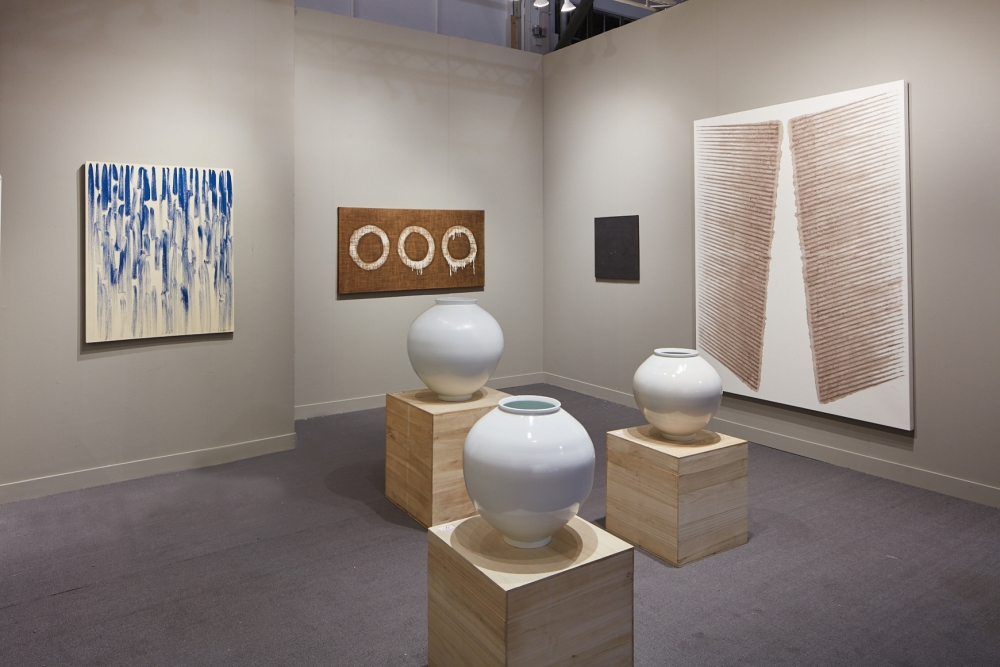 By Osman Can Yerebakan

The booming tech industry has yielded a crop of new collectors who favor younger new-media artists, as well as those bridging utilitarian design with sculptural aesthetics. Operating in San Francisco, less than an hour from Silicon Valley, FOG Design+Art fair capitalizes on the rising interest in art and design collecting across Northern California with its seventh edition, which opens at Fort Mason Art and Culture Center on January 16 for a four-day run.

Known for a roster that combines Chelsea’s heavy-hitters with established and emerging West Coast galleries, the fair offers a “who’s who” of the art market in an unassuming Bay Area ambience; however, FOG 2020 does not leave its offerings to chance, cementing its programming with a growing exhibitor base, which totals this year to 48, as well as fundraising efforts, such as Innovators Luncheon and ArtBites, which support the San Francisco Museum of Modern Art (SFMOMA).

Speaking to the growing popularity of ceramics in contemporary art and design circles, Tina Kim Gallery pairs works by master ceramicist Minsoo Kang with those from historic Postwar Dansaekhwa artists Lee Ufan, Park Seo-Bo, Kim Yong-Ik, Ha Chong-Hyun, Kim Tschang-Yeul, and Kwon Young-Woo. After introducing Kang’s masterfully-formed moon jars to the U.S. in an exhibition at Manhattan design firm Vintage20 last fall, Kim has underlined the jars’ symbolic and functional values in Korean history by working with the firm owned by her husband, Jae Chung. “These ceramics are a testament to the simple, beautiful techniques that come from Korea, and as a contemporary artist, Kang is responsible for furthering this tradition,” Kim tells Galerie. “These works correspond with a selection of Postwar paintings by contemporary Korean masters, exploring a complex dialogue between design and art.”