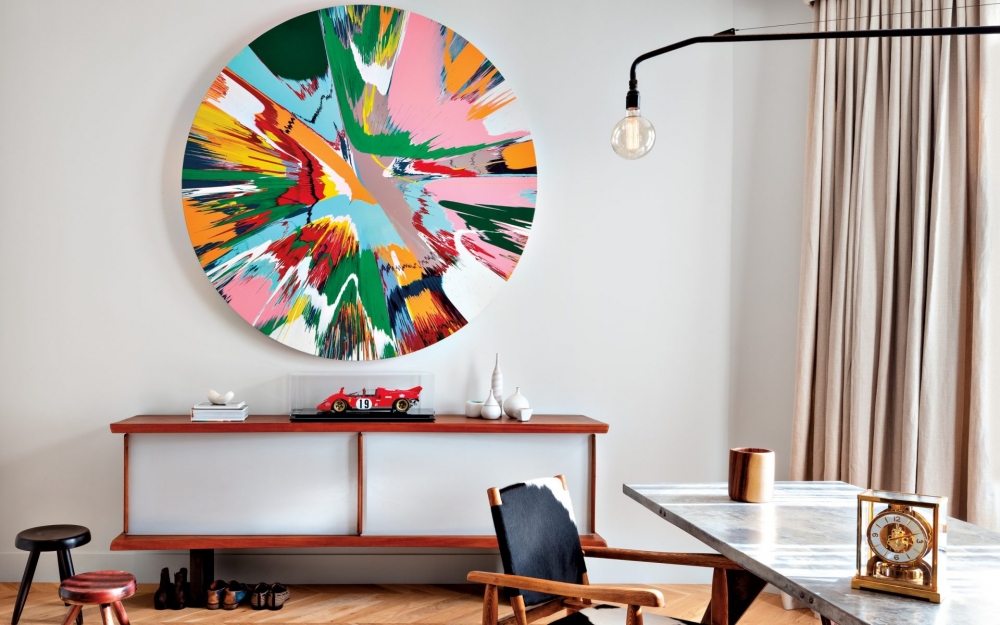 From the street, it looks like a typical Victorian-era brick townhouse on Manhattan’s Upper West Side. One hint that something special might lie behind its curtained bay windows is the home’s distinctive exterior ironwork, which is both totally in keeping with the traditional blackened railings of its neighbors and quietly striking in its refined, minimalist design. Welcome to the carefully considered, artful world of Tina Kim.

Kim is a Korean-born Chelsea gallerist who is well-known for introducing American collectors to established and emerging Korean artists like Suh Seung-Won (whom she currently represents) and Haegue Yang, the creator of shimmering conceptual sculptures now animating the atrium of the newly reopened Museum of Modern Art. Kim’s husband, Jaewoong Chung, founder of the design firm Vintage20, is an authority on midcentury furniture and decorative arts by such icons as Jean Prouvé and Charlotte Perriand. When the couple—college sweethearts who met while they were students at Pepperdine University—purchased the five-story townhouse a handful of years ago, they initially had ambitions to gut and expand the residence. They wanted additional space to better accommodate their family of four as well as to display their standout collections of contemporary art and vintage furnishings.