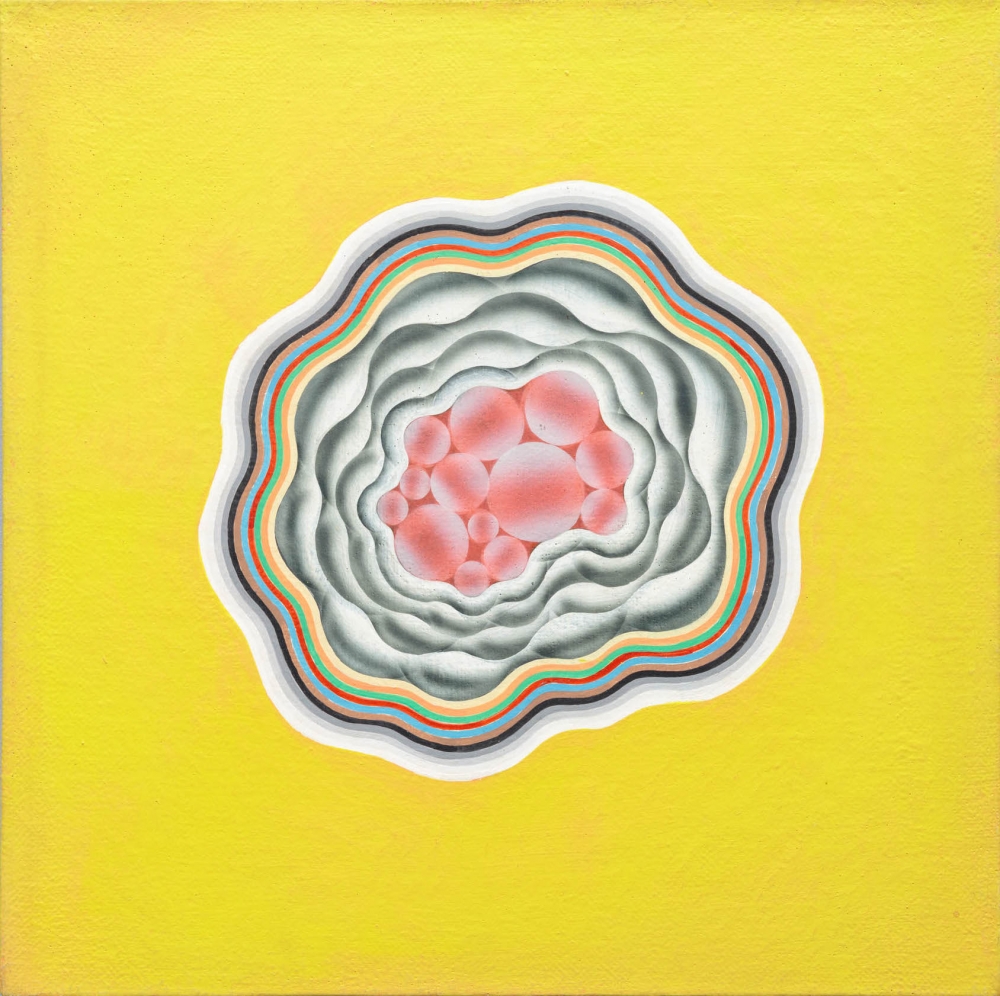 Visitors to ‘Kim Tschang-Yeul: New York to Paris’, which focuses on the artist’s work from the 1960s to the ’80s, might see any number of recent echoes – Helene Appel, Ross Bleckner, Loie Hollowell – since many painters today mine that same space between abstraction and representation, hermetic symbolism and optics. Of course, navigating this terrain was a central concern for artists when Kim came to the US in 1965 from his native Korea, as painting wrestled with transcendental antecedents, materialist imperatives and commercial spectacle. This show is a compelling snapshot of that moment, framing Kim’s exposure to the cauldron of late modernism, minimalism and pop via his own dialogue between East and West. Born in 1929, in the north of a then-unified Korea, Kim became a key figure of the Korean avant-garde, alongside artists Park Seo-Bo, Lee Ufan and Chung Sang-Hwa. Moving to Paris in 1969, he also acted as a critical bridge between European and South Korean artists. This exhibition synthesizes these cross-pollinations in an optical brew as dazzling as it is subtle.