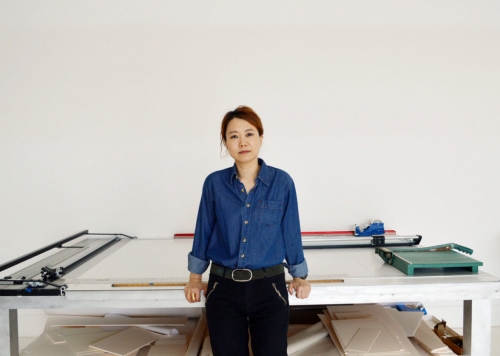 Minouk Lim is a Seoul-based artist whose multimedia work looks at the various ways people can be marginalized, particularly by systems of government and various forms of mass media. Her work has been included in numerous international exhibitions, including the 2019 Biennale de Lyon, the 2016 Taipei Biennale, the 2016 Sydney Biennale, and the 2014 Gwangju Biennale.

Most recently, Lim’s work was included in the Aichi Triennale, which closed on Monday, October 14. The show has been the subject of controversy since it opened in August, when organizers decided to close an exhibition within the exhibition, titled “After ‘Freedom of Expression?’” That part of the Aichi Triennale looked at Japan’s history of censorship, and was shuttered citing threats against the exhibition and its staff. Among the most controversial works was Statue of a Girl of Peace by Korean artist-duo Kim Seo-kyung and Kim Eun-sung. That piece depicts ianfu, or comfort women who were drawn from throughout Asia and forced into sexual slavery by the Japanese Imperial Army. (It is still a controversial topic in Japan.)