Image of the Collateral Event of the 56th International Art Exhibition. 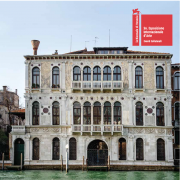 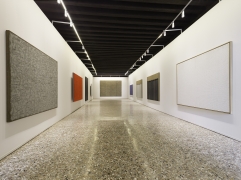 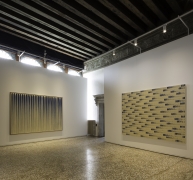 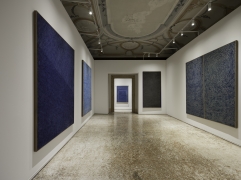 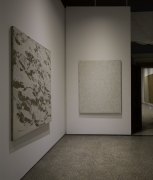 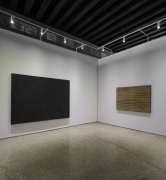 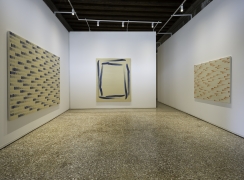 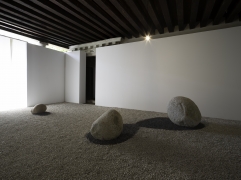 We are very pleased to present Dansaekhwa, as part of the official Collateral Events of the 56th International Art Exhibition–la Biennale di Venezia. Curated by Yongwoo Lee and organized by Boghossian Foundation together with Kukje Gallery, Seoul and Tina Kim Gallery, New York, Dansaekhwa is a landmark exhibition. A seminal art historical movement in post-war Korea, Dansaekhwa is loosely related to the Western monochrome tradition and is sometimes translated as “the school of white.” Dansaekhwa artists each have a unique philosophy but many overlapping concerns unite their work. These include a strong aesthetic ideal focused on the unity between artist and nature as well as a very refined approach to mark making. Many of these points of reference are rooted in ­traditional Taoist and Buddhist ideas. This emphasis on native cultural idioms was politicized during the 20th century when post-war Korean identity was in a state of radical flux. It is in these tumultuous times that Dansaekhwa evolved and helped shape modern Korean art history. While specifically rooted in a Korean context, Dansaekhwa must be seen as having important formal and conceptual links to parallel movements in Japan and the West including Gutai, Mono-ha and Abstract Expressionism.

The exhibition will showcase the works of key masters who defined Dansaekhwa’s development in the 1970s, providing an essential conceptual framework to appreciate this important movement. A subject of renewed interest in both Korea and internationally, this is a timely exhibition that explores a group of artists whose exquisitely beautiful and politically engaged work continues to have a profound influence on contemporary art. The participating artists are Chung Chang-Sup, Chung Sang-Hwa, Ha Chong-Hyun, KIM Whanki, Kwon Young-Woo, Lee Ufan and Park Seo-Bo.

Yongwoo Lee has organized the exhibition to trace the development of Dansaekhwa. While a seminal historical movement that has had lasting influence, Dansaekhwa continues to be a vital framework with many of its founding artists continuing to make work. As such the curator has chosen to focus on its development over five decades, from the 1960s­ to today. By including works completed in different periods, the curator will emphasize how the social milieu within Korea had an impact on the development and public reception of Dansaekhwa.

In order to set the stage for many of the predominant themes that came to be associated with Dansaekhwa, including its emphasis on monochromatic compositions and innovative use of materials, Yongwoo Lee has included a major group of works from the 1960s by the artist KIM Whanki. Less known outside of Korea, this is an historic opportunity to see Whanki’s role as a foundational member in the post-war Korean art scene whose work and ideas contributed to the advance of Dansaekhwa.

The exhibition will occupy all three floors of Palazzo Contarini-Polignac, the iconic 15th century Renaissance palace located on the Grand Canal. Yongwoo Lee has chosen to use the multi-storied building to organize the exhibition, employing each floor to frame a time period or specific artist. With this in mind the ground floor will be devoted to new, commissioned sculptural work by Lee Ufan.

On the second floor works by KIM Whanki will set the stage for Dansaekhwa. In addition, historical works by the five participating artists from the early years of Dansaekhwa will be shown—thereby creating a conceptual bridge for the ideas and attitudes that defined the 1960s and early 1970s in Seoul. Finally, on the third floor works by those same five artists completed in the 1980s and later will shed light on the evolving ideas and ongoing tensions of contemporary Dansaekhwa. In addition, an important academic conference focused on Dansaekhwa was held in January, 2015 and a recording of this event will be shown to engage the public and give necessary historical insight into its beginnings, as well as to frame some of the ongoing debates regarding its influence. Coupled with a range of related archival materials, scholarship and ephemera, the exhibition will be the first rigorous academic presentation of Dansaekhwa to be held outside of Korea and will be a landmark moment in its introduction to the international community.

Yongwoo Lee was Professor of Art History and Critical Theory at Korea University and has lectured at many different universities across the United States and Europe. He served as Artistic Director for the 2004 Gwangju Biennale, the event’s 10th anniversary, and served as President of the Gwangju Biennale Foundation from 2008 to 2014.

Boghossian Foundation is a non-profit organization based in Brussels, Belgium, founded in 1992 by Robert Boghossian and his two sons Jean and Albert. In 2006 the Foundation acquired the Villa Empain and converted it into a center of art and dialogue focused on bridging the cultures of the East and the West. The Villa Empain opened its doors to the public in 2010 and has since hosted celebrated exhibitions, conferences, international meetings and other activities devoted to this mission. The Foundation also finances social, educational, artistic and environmental projects.

Kukje Gallery and Tina Kim Gallery are very pleased to work together with the Boghossian Foundation to mount this historic exhibition. Kukje Gallery is one of Asia’s leading galleries having recently celebrated its thirtieth anniversary. Located in Seoul, Korea, Kukje’s programming is internationally recognized for its scope and diversity. Located in New York City, Tina Kim Gallery showcases innovative work by both emerging and established artists.

Overlooking the Grand Canal between the Academy Bridge and Palazzo Barbarigo the Palazzo Contarini-Polignac is a superlative example of early Renaissance architecture. Designed by Italian architect Giovanni Buora, its iconic marble facade evokes Tuscan classicism and its interiors have hosted celebrated artistic salons throughout the 20th century. 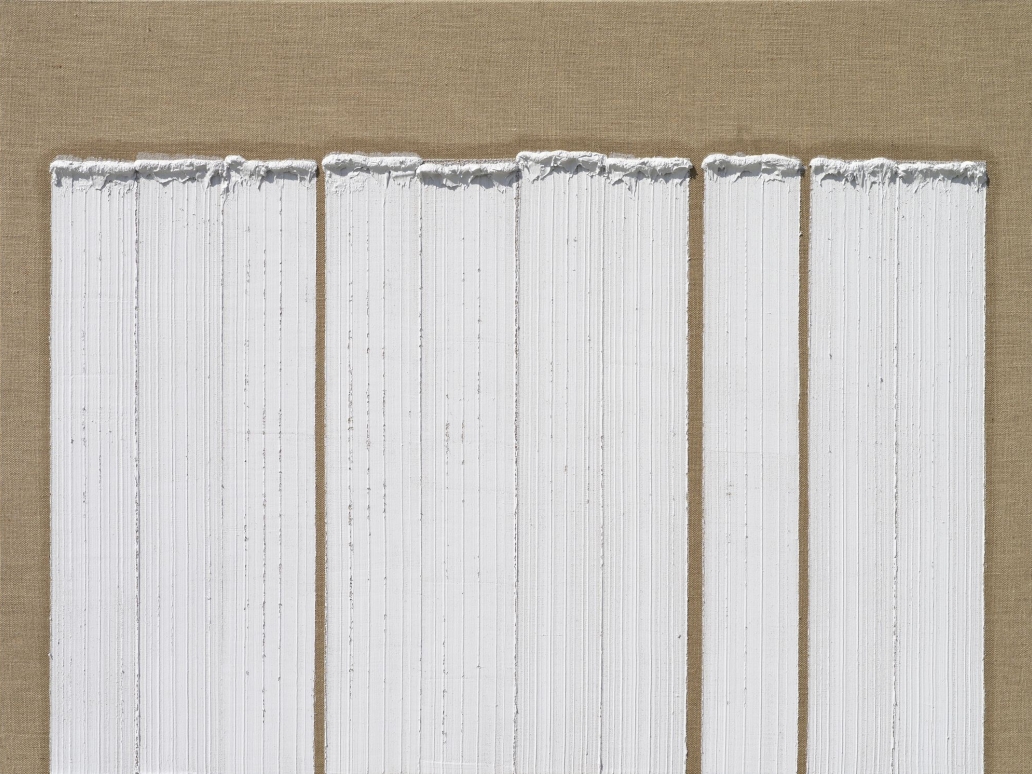 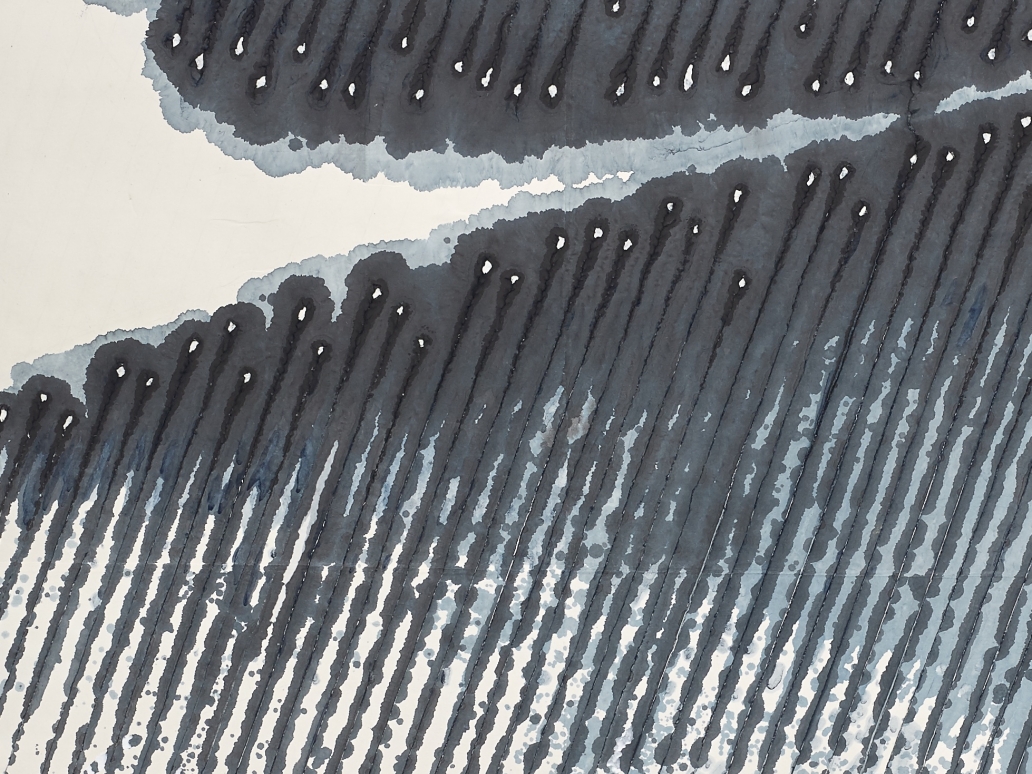 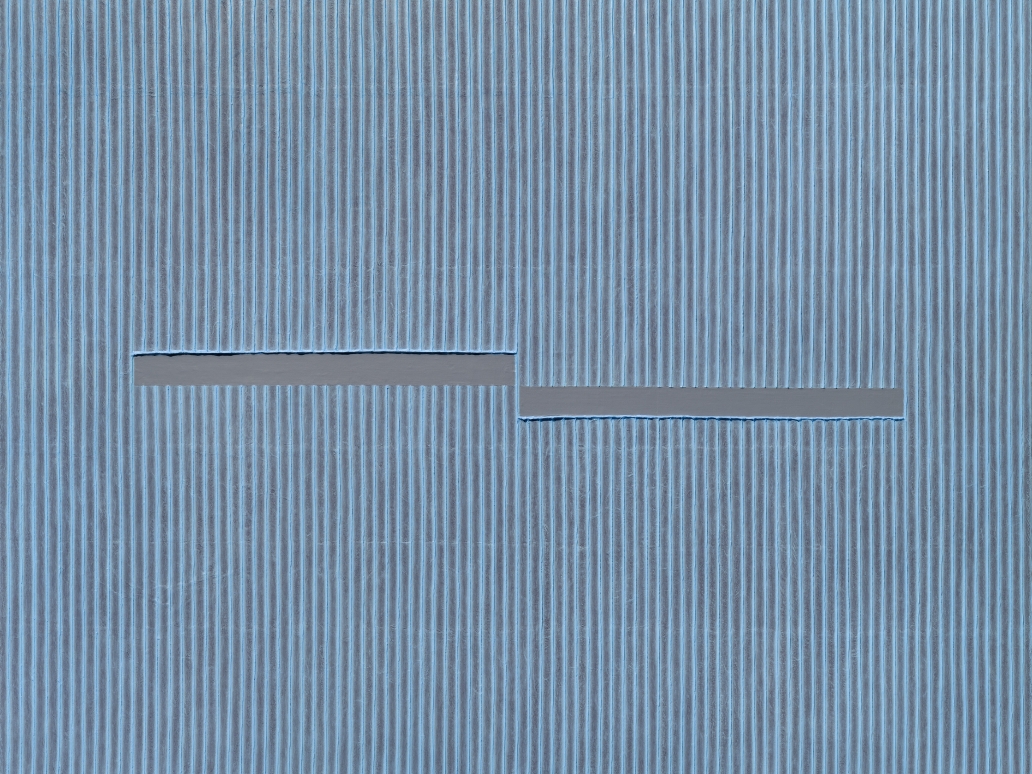 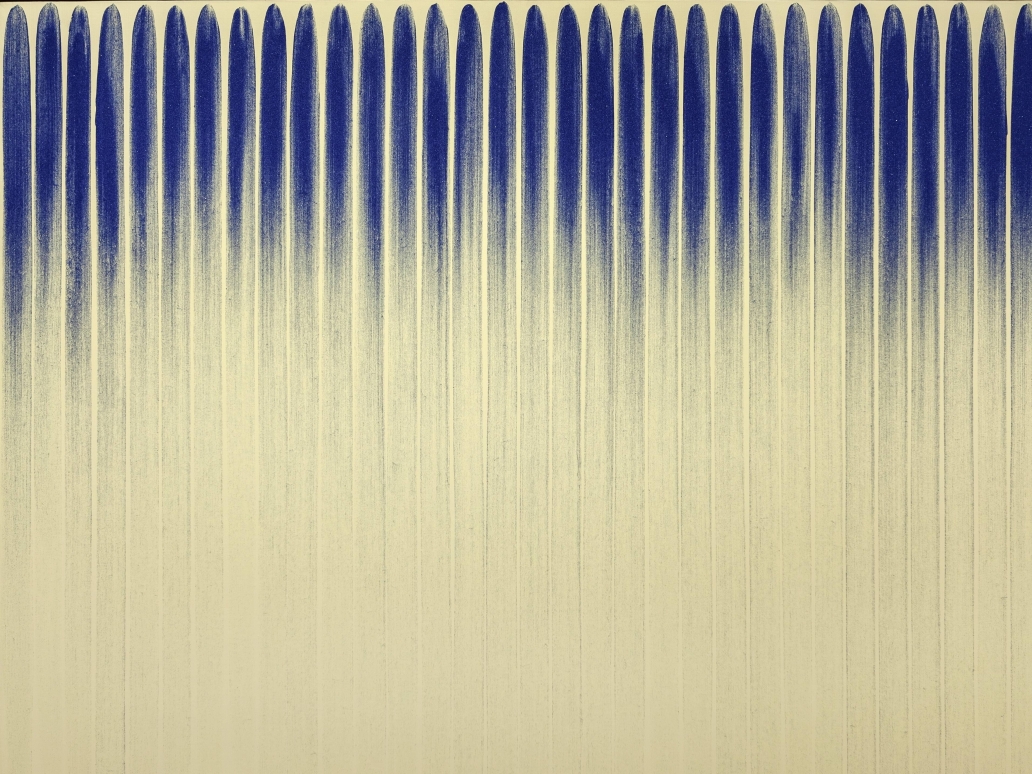 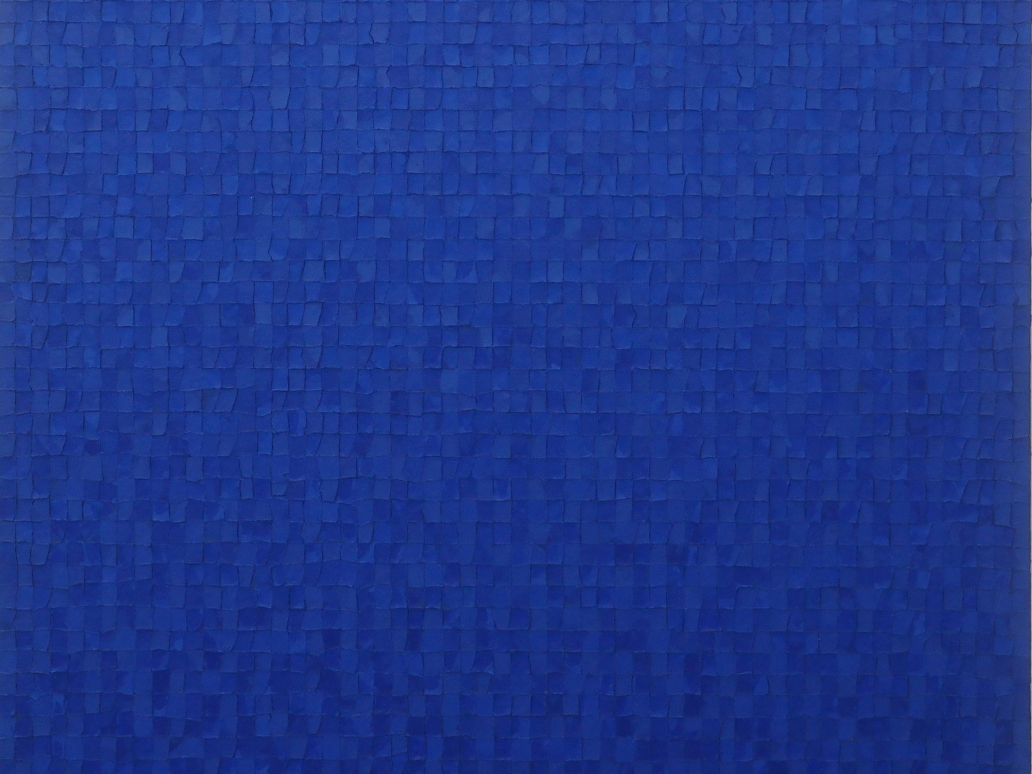 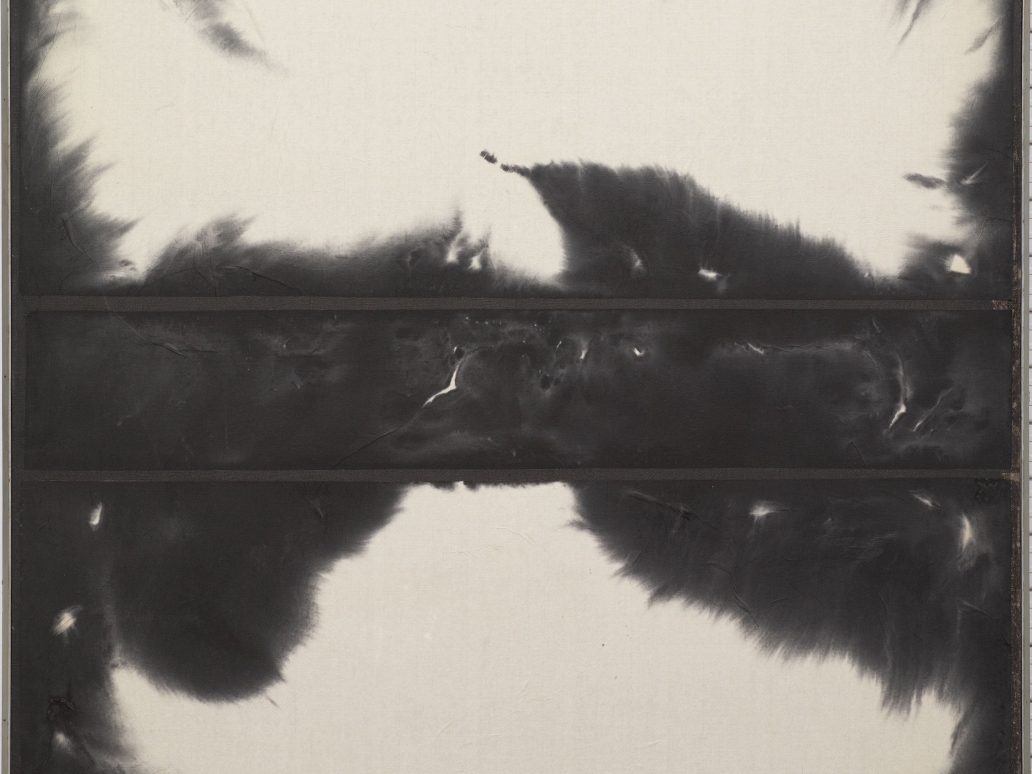 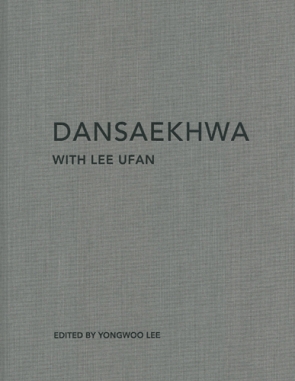 Dansaekhwa With Lee Ufan
Back To Top