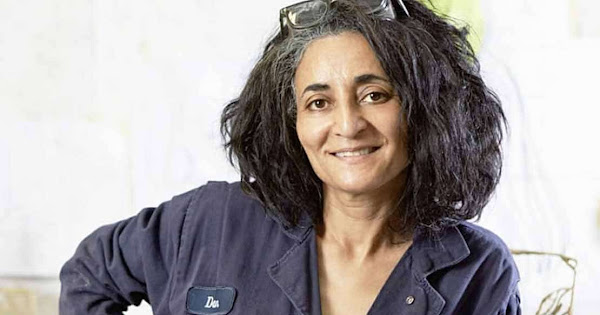 Ghada Amer (b. 1963) is a multimedia artist whose entire body of work, be it sculpture, embroidery or painting is infused with her strong ideology and aesthetic concerns.

Amer’s practice spans across a wide variety of media, including painting, embroidery, sculpture, and specially designed gardens. Her works deal frequently with notions of feminine identity and sexuality, appropriating and inverting the often-erotic motifs of sexual hegemony. She at once rejects societal norms that govern women’s attitudes towards their bodies, as well as the first-wave feminist theory that the body must be hidden and denied to prevent victimization.

Amer’s works have been exhibited at a wide variety of institutions including the Museum of Modern Art in New York, the Whitney Biennial, the Venice Biennale, the Brooklyn Museum, the Smithsonian National Museum of African Art in Washington,  D.C., the Centre Georges Pompidou in Paris, the Garage Center for Contemporary Culture in Moscow, among others. Her works can be found in the collections of the Art Institute of Chicago, the Brooklyn Museum, the Centre Georges Pompidou, the Museo Jumex in Mexico City, the Crystal Bridges Museum of Art in Arkansas, the Guggenheim Abu Dhabi, the Museum of Arts and Design in New York, and the Leeum, Samsung Museum in Seoul, among others.